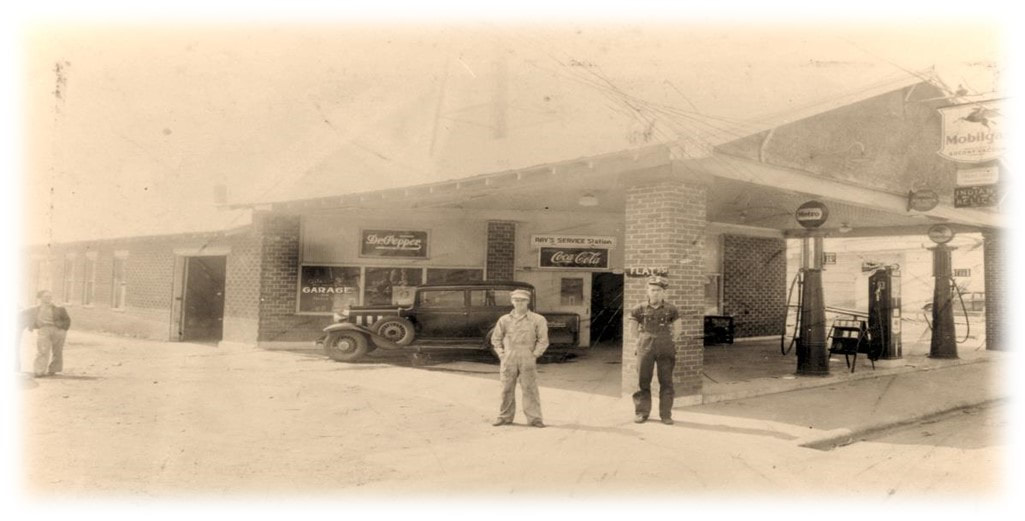 Originally opened in 1930 as the Magnolia service station, this building has served the community in many different ways. By 1941, the service station was owned by J. A. and Jimmy Smith, who did auto repair, welding, and blacksmithing. Vernon Holland built stock race cars for Carl Kelley in this building. A car built by Mr. Holland and driven by Mr. Kelley won first place at the Nationals at Green Valley Raceway in 1967.
In the early 1970’s the city purchased the building and renovated it to become Prairie Grove City Hall, Prairie Grove Police Department, and the Prairie Grove Court House. In 2013 the city moved city hall and rented the building to various tenants until it was sold in 2016 .